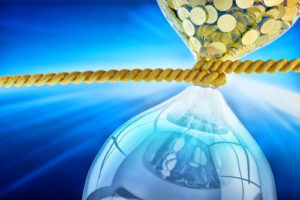 NAB has made a change to its home lending policy amid concerns over the rising household debt to income ratio and as APRA zeroes in on loan serviceability.

From Friday, 16 February, the loan to income ratio used in its home lending credit assessment has been changed from 8 to 7.

“Regulatory bodies have raised concerns about Australia’s household debt-to-income ratio, which has risen significantly over the past decade,” said NAB in a note to brokers.

It said it is committed to ensuring its customers can meet their home loan repayments now and into the future.

With the new change, loan applications with an LTI ratio of 7 or less will proceed as normal and will be subject to standard lending criteria, according to the note.

For an application with an LTI ratio of more than 7, the bank will automatically decline or refer it depending on the income structure, i.e. pay as you go or self-employed.

NAB said its serviceability calculator will be updated to reflect these changes.

The bank introduced an LTI ratio calculation for all home loan applications last year. It was also last year when it started declining interest-only loans for customers with high LTI ratios.

As Australian Broker reported in July 2017, the bank extended the use of LTI calculation to determine the credit decision outcome for all interest-only home loan applications.

NAB said then that tougher serviceability assessments for interest-only loans would help strengthen its lending policies.

The bank’s latest change to its credit policy comes after after ANZ and Westpac made changes to their assessment and approval of borrowers.

Westpac recently introduced strict tests of residential property borrowers’ current and future capacities to repay their loans, to identify scenarios that might affect their ability to service their debts.

From 26 February, brokers who make changes to a loan application that has been submitted to Westpac will have to resubmit it.

Similarly, ANZ added “a higher level of approval for some discretions” used in its home loan policy for assessing serviceability. It was also reported to be clipping the discretion of its frontline mortgage assessors.

Stricter assessment of borrowers’ ability to repay their loans will likely become the norm now that APRA is focusing on serviceability in its proposal that targets higher-risk residential mortgage lending.

The prudential regulator released a discussion paper on 14 February proposing changes to authorised deposit-taking institutions’ capital framework and addressing what it calls systemic concentration of ADI portfolios in residential mortgages.